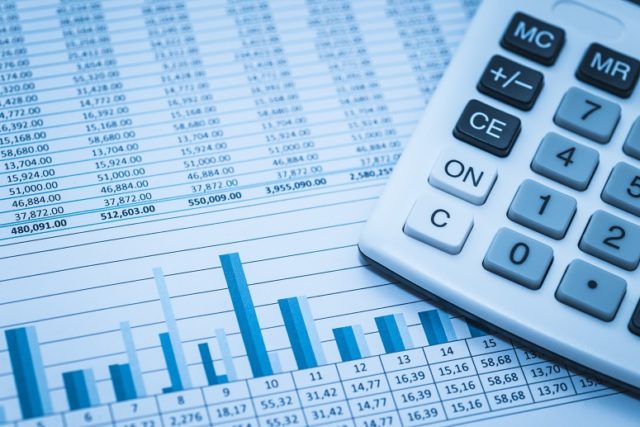 With all the buzz today about just how valuable data are, I wondered whether we should treat data as a corporate asset – and if so, whether they should go on the balance sheet. Today, data aren’t even treated as an intangible asset for accounting purposes.

I had no idea the can of worms I was opening. It turns out many people have asked this question before, both about the value of data as well as of information (more about the difference in a bit). Gartner analyst Doug Laney even wrote a book last year on the subject he named Infonomics, after the field of inquiry he spearheaded on the topic.

Sounds promising to be sure – but the devil is in the details. It seems that either representing information as an asset class is simply too hard, or perhaps the advantages of the status quo outweigh any particular reason to change how we account for information.

And yet, there is widespread agreement that data and information have value – and for digital organizations, may even represent the preponderance of value in their companies.

Take Facebook, for example. Facebook’s market cap is $444 billion, but its book value (value of its tangible assets) is only $66 billion. For a conventional company, the $378 billion difference between these numbers represents the market’s expectation of future earnings potential.

However, since Facebook doesn’t put data on its balance sheet, just how much of this $378 billion represents the value of its data and how much is the expectation of future earnings is anyone’s guess.

If we can’t answer this question, therefore, then our ability to judge the value of companies like Facebook is in jeopardy, making it impossible to either invest in or manage them rationally.

It’s time to take a closer look at this question – if not to solve the problem itself, at least to understand what’s at stake.

Why Infonomics is so Difficult

First, a note on the question of data vs. information. For the purposes of valuation, you can think of data as raw material that we can process into information. As with any other raw material, data only have value in terms of their utility after we’ve converted them into their finished form.

The first option, of course, is the status quo: simply ignore the value of information as intangible asset. As the Facebook example above illustrates, this approach obfuscates the standard balance sheet, and limits our ability to compare balance sheets between companies with different information valuations.

This unsatisfactory result could very well lead to shenanigans, both on the part of companies mischaracterizing their balance sheets as well as investors leveraging hidden information about the value of information as a sort of insider trading. But given that no one really wants additional regulation, and the annoying fact that we wouldn’t know how to regulate information valuation anyway, we’re probably stuck with the status quo.

The alternative that Infonomics touts is to reflect information as an asset on balance sheets as though it were an intangible asset like other intangible assets. However, putting this approach into practice soon runs into a number of knotty issues that result from fundamental differences between information and other asset types.

For example, if you share your information, does it go up or down in value? The answer: it depends. The value of a trade secret in large part depends upon keeping it secret, so sharing it would cause its value to plummet.

But in other cases, the value of information depends upon the network effect. An image on Instagram that 50 people see may have little to no value. But what about an image that goes viral, where 50 million people see it? Now we’re talking serious green.

Beyond Infonomics for the Digital Era

Neither Infonomics nor the status quo gives us a workable solution for valuing information – and as companies become increasingly digital, this problem will only get worse.

The advantages are clear: we now have the luxury to write new rules of accounting to suit the unique properties of information as an asset class.

How do we deal with depreciation or amortization? How would an insurance company value information for insurance purposes? We’d have the luxury of starting with a blank sheet of paper instead of having to bring all the baggage of standard accounting with us.

The downsides, however, are equally clear: twice the paperwork, and thus twice the hassle. Years of arguing over the details. And even if we managed to agree on the new set of rules, valuing companies would still be a difficult task.

Sure, we may have two separate sets of numbers, one for traditional assets and one for information, but now what? Do we simply add the two numbers together? What’s that company really worth, anyway?

The fourth option is perhaps the most radical – but has an inherent simplicity that is quite appealing. In this case, we rethink the entire notion of a balance sheet where information becomes the core asset.

Other assets don’t go on the balance sheet at all. Instead, we reevaluate them in terms of their informational value.

Here’s an example. Today we may have a car, which is a physical asset. We know how to value it, how to depreciate it, how to insure it, etc.

How to summon a car. How to pay for the car. The information the app provides to the user. All of these are examples of information that give us a way of assigning an asset value to the utility of the shared car service.

In other words, instead of trying to value the utility of information, instead we focus on the value of the information of utility.

It’s difficult to get your head around the information of utility, and even harder to explain it in under 1,500 words. But that never stopped me before!

Here’s another example. In his 1974 book Marketing for Business Growth, Harvard Business School Professor Theodore Levitt made a profound, and now familiar point. He said, “people don’t want to buy a quarter-inch drill, they want a quarter-inch hole.”

For traditional enterprises that think of assets in traditional ways, this approach doesn’t even make sense.

As we complete our move to the digital era, however, information (or data, if you prefer) will be the currency of global commerce. All assets will thus become information assets, and how we value companies will depend solely on how we value their information.