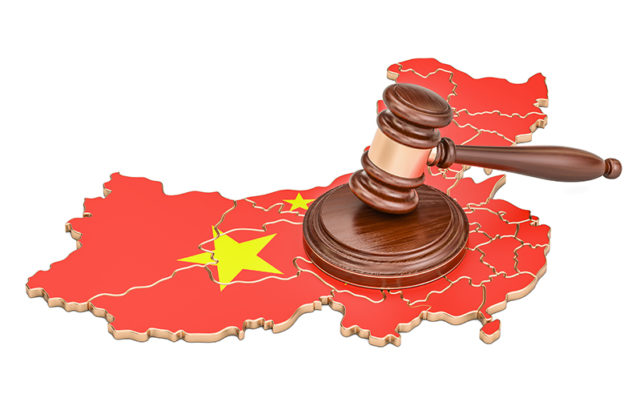 In a major blow against privacy and continuing the crackdown against free speech on the internet, the Chinese government has instructed companies to keep a record of identities of people who post comments online. According to the new regulations, “all message board providers must authenticate users’ identities from October 1.”

An official spokesperson has stated that, “Online comments . . . give rise to false rumors, filthy language and illegal messages, which damage the online environment,” while observers have pointed out that the new regulations are directed at controlling mockery and criticism against the leadership of the country. The regulation seems also to be aimed at keeping the country’s political environment controversy-free, ahead of the upcoming 19th national congress of the Communist party.

The new regulation comes after a series of memes that were circulated online which compared President Xi Jinping to cartoon character Winnie-the- Pooh. One showed Xi walking with former United States President Barack Obama in a frame and Winnie the Pooh walking with his friend Tigger in another. Another meme showed the president shaking Japanese Prime Minister Shinzo Abe’s hand beside a still of the bear doing the same with the donkey Eeyore, another Disney character from the series. Post this, the tech companies were instructed to censor the jokes. The searches for Pooh’s Chinese name “Little Bear Winnie” then turned up error messages, which said that the content was illegal in the country. Even WeChat had to remove Pooh stickers from its official gallery.

Commenting on the incident, Beijing-based historian Zhang Lifan, in an interview with the Financial Times said, “This is a way of threatening the general population and media, especially online media. It affects everyone. They are using lots of different methods to restrict people’s ability to criticize or mock officials — this is not normal, even for China.”

The new regulation takes a page or two from the recent China Cyber Law which gives the government the authority to punish companies for noncompliance. A recent statement from the official Xinhua news agency states: “Those who violate the provisions and infringe on personal information will face hefty fines.” This is China’s first attempt to implement sweeping protections and regulations for the data of Internet end users. Previously, a wide range of uncoordinated laws and regulations has governed the Internet in China.