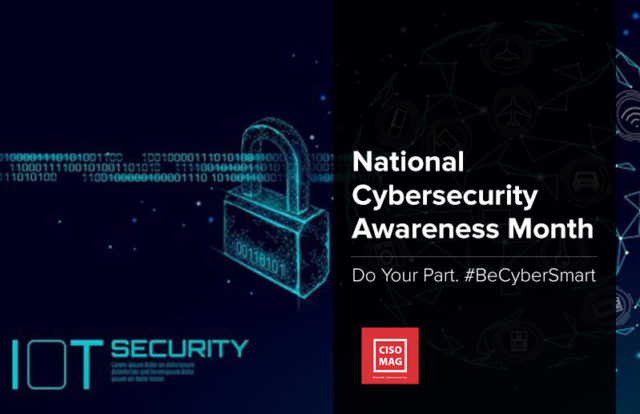 The National Cybersecurity Awareness Month (NCSAM) for the U.S., which started on October 1, continues to raise awareness on the significance of cybersecurity in protecting the cyberspace. The theme “Do Your Part. #BeCyberSmart” empowers users to defend themselves regardless of the location. This week the NCSAM highlights “Securing Devices at Home and Work,” encouraging individuals and organizations to defend their network by taking proactive security measures, as the Internet of Things (IoT) has become a regular part of our lives.

The proliferation of IoT devices and their unpatched internal vulnerabilities allow cybercriminals to launch zero-day attacks, compromising various connected devices like webcams, security systems, routers, printers, and smart home connected appliances (like thermostats and doorbell ringers). In addition, these devices store users’ private information, which could be easily misused if it falls in malevolent hands. In light of knowing what cybersecurity risks these devices could pose, it is imperative to enhance their security at the consumer and enterprise level.

IoT devices are gaining more popularity year-over-year. According to a survey from Juniper Networks, the total number of IoT connections is expected to reach 83 billion by 2024, from 35 billion connections in 2020, which represents a growth of 130% over the next 4 years. A significant rise of IoT networks is also expected in various sectors like Industrial, Manufacturing, Retail, and Agriculture, accounting to over 70% of all IoT connections by 2024.

In tandem with technology and deployment, the growth of IoT devices also resulted in a variety of cyberthreats. The surge in IoT threats is an ever-growing concern to enterprise network security. Organizations need to implement the necessary steps to maximize security in all layers of the IoT ecosystem. A recent survey claimed that nearly 57% of IoT devices are vulnerable to cyberattacks. It found that the number of non-business IoT devices connecting to corporate networks increased over the last year. The devices that regularly connect to corporate networks include smart teddy bears (34%), medical devices (44%), electric vehicles (27%), and connected kitchen appliances (43%).

To address the growing risks around connected devices, governments across the globe are implementing stringent regulations for users’ data security and privacy. Recently, the U.S. House of Representatives passed the IoT Cybersecurity Improvement Act, which is intended to improve the security of IoT devices in the country. As per the proposed bill, all IoT devices purchased by the government must fulfill minimum security requirements.

The Australian government introduced the “Code of Practice,” which is a basic cybersecurity standard for all IoT devices in the country. A new proposal from the U.K. government stated that insecure IoT devices that are used in households and businesses could be banned from sale or removed from the market if they fail to meet certain security standards. The latest regulations are intended to protect the digital infrastructure from the evolving cyberattacks on connected devices.

How to Secure Your IoT

Do Your Part. #BeCyberSmart

Owing to the pandemic, remote working has led to both opportunities and challenges for users across the globe. Thanks to the increased use of IoT devices, our homes and businesses are more connected than ever. And it has paved way for newer vulnerabilities. It is essential to be conscious of the evolving threats, manage risks, and assess compliance through GDPR, HIPPA, and other regulations before cybercriminals attempt to exploit any vulnerabilities.

Being cyber smart is the only way forward to help protect our interconnected ecosystem. 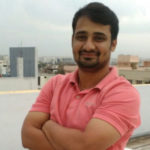