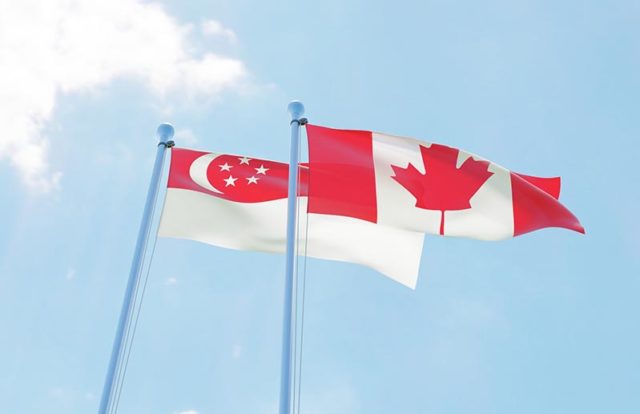 The governments of Singapore and Canada signed a two-year memorandum of understanding (MOU) on November 14, 2018, for cybersecurity cooperation. The agreement between the Cyber Security Agency of Singapore’s (CSA) chief executive David Koh and the High Commissioner of Canada Lynn McDonald is intended to establish bilateral cooperation between both the countries in various areas, including the information exchange on emerging threats, sharing of best practices on human resource development, technical and certification provisions.

The MoU exchange took place at the 33rd ASEAN Summit and was witnessed by Prime Minister Lee Hsien Loong of Singapore and Prime Minister Justin Trudeau of Canada.

“With cybersecurity as a transboundary issue, strong international partnerships remain key to navigating the increasingly complex cyber terrain. The MOU will help to strengthen the cybersecurity landscape of both countries. We are also happy to be working together on cybersecurity capacity building initiatives in the region,” said David Koh.

After recognizing the evolving cybersecurity landscape and the impending cyber threats that loom over the Singapore cyberspace, the Singapore Parliament passed the Cybersecurity Bill in February 2018. Under the bill, the owners of key bodies like national security, defense, foreign relations, economy, public health, public safety or public order, which the bill calls critical information infrastructure (CII) will have to comply with the standards and regulations mandated by the bill.