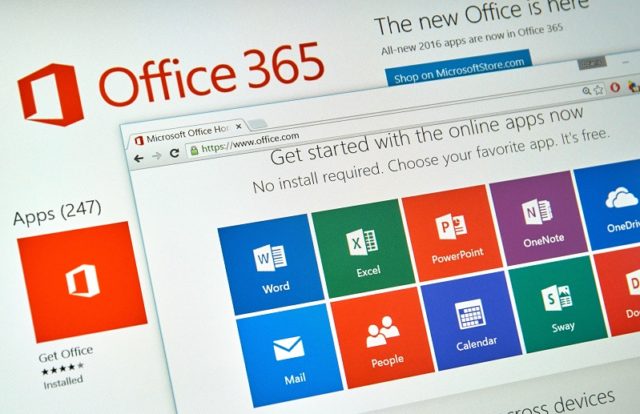 The fake Office 365 site was found by independent security research team MalwareHunterTeam. The security team explained that the fake site gives a pop-up stating that the user’s browser needs an update. When the user clicks on the update option, an executable named upd365_58v01.exe gets downloaded that installs the TrickBot information-stealing Trojan on the computer to exploit.

“For example, when using Google Chrome to visit the page, it will show an alert titled “Chrome Update Center” and state that you are using an older version of Chrome that could lead to loss of data and browser errors,” the team said in a statement.

The security flaw, named as CVE-2019-1105, could be exploited by attackers by sending a specially crafted email message to the victims. Once compromised, the attackers can perform XSS attacks and run malicious scripts. Microsoft stated the flaw was reported by multiple security researchers, including Bryan Appleby from F5 Networks, Sander Vanrapenbusch, Tom Wyckhuys, Eliraz Duek from CyberArk, and Gaurav Kumar. The company also clarified that it has mitigated the flaw and notified the users to update the Outlook applications on their devices.

Recently, Microsoft issued an alert to several users of over its mail platform Outlook hack. In a wordy notification, it stated hackers may have accessed data sent by several users on the platform between January 01, 2019, and March 28, 2019.