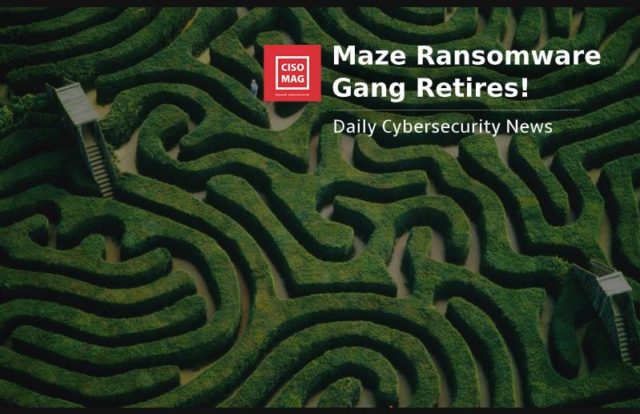 Look Back at Maze Ransomware

The Maze ransomware, which was previously known as “ChaCha ransomware,” was discovered by a malware intelligence analyst, Jerome Segura, in May 2019. Upon its discovery, the ransomware acted just like other traditional ransomware: It encrypted files on the infected systems and demanded a ransom in return.

However, the operators soon realized that this was not a full-proof method to get money in return. Thus, from the last quarter of 2019, the Maze Team introduced a new tactic to compel their victims to pay the ransom. They started downloading critical data and used it to leverage the negotiations. They would threaten their victims to make the data public on the darknet and open internet forums. In some cases, they even threatened to host open auctions. This notorious act inspired other ransomware gangs like Sodinokibi, Nemty, REvil, and DopplePaymer.

Maze even created a Maze ransomware website “Maze News,” where they published the data of non-paying victims and issued press releases for people who followed their activity.

Since then, the Maze Team has successfully attacked many known and large-scale organizations such as City of Pensacola, Cognizant, LG Electronics, and Xerox.

With such a success rate, it is hard to believe that its operators are calling it a day. As per a press release (as shown in the image below), the Maze Team announced, “The Project is closed.”

They issued a clarification stating that the gang members do not have any other associations and did not work as Maze Cartel, as reports have suggested.  Besides, the gang also justified their acts by answering the question, “What for?”

“Our world is turning into digital detention camp. Ten or fifteen years and nobody will be able to step aside the system without the fear to lose its social status. Without that social status you won’t be able to make purchases or get the social benefits. The first sign was the bitcoin. The digital currency existing only inside the digital world. After some time, it will allow its owners to rule the world and to crash the economy of other countries as the gold and currency reserves are not converting into bitcoin.

Think about it. Try to prevent it. You think that the modern world is a hell. But it’s just coming, and you are doing much for it.”

Although the Maze ransomware gang announced its retirement with immediate effect, they have asked their victims to contact them within a month, from the time the statement has been issued, for any deletion of private data from their news site.

Experts believe this is not the end of the road for the Maze ransomware gang though. In its closing notes, Maze said, “We will be back to you when the world will be transformed. We will return to show you again the errors and mistakes and to get you out of the Maze.”

So, it is just a matter of time before we get back in the MAZE.

CISOMAG is the handbook for Chief Information Security Officer (CISO)s, CXOs, and every stakeholder of safe internet.
Contact us: c[email protected]