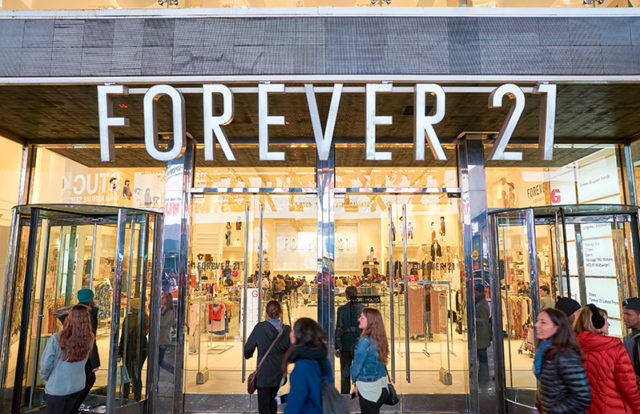 Popular clothing retailer Forever 21 may have become the latest victim of credit card breaches. In an official statement released recently, the company notified its customers that they recently received a report from a third party suggesting unauthorized access to data from payment cards used at certain Forever 21 stores.

“We immediately began an investigation of our payment card systems and engaged a leading security and forensics firm to assist us”, the statement said. “Because of the encryption and tokenization solutions that Forever 21 implemented in 2015, it appears that only certain point of sale devices in some Forever 21 stores were affected when the encryption on those devices was not in operation. Our investigation is focused on card transactions in Forever 21 stores from March 2017 – October 2017. Because our investigation is continuing, complete findings are not available, and it is too early to provide further details on the investigation. We expect to provide an additional notice as we get further clarity on the specific stores and timeframes that may have been involved.”

As a precaution, the US clothing retailer said, “it is always advisable for customers to closely monitor their payment card statements. If customers see an unauthorized charge, they should immediately notify the bank that issued the card. Payment card network rules generally state that cardholders are not responsible for such charges.”

“We regret that this incident occurred and apologize for any inconvenience. We will continue to work to address this matter”, the statement concluded.

California-based Forever 21 has 815 outlets in 57 countries, but it has not been disclosed which locations were compromised. The retailer is not the first to suffer a credit card breach in the last couple of months. The U.S. fast food chain Sonic Drive and supermarket chain Whole Food Market suffered similar fate in the months of September and October.