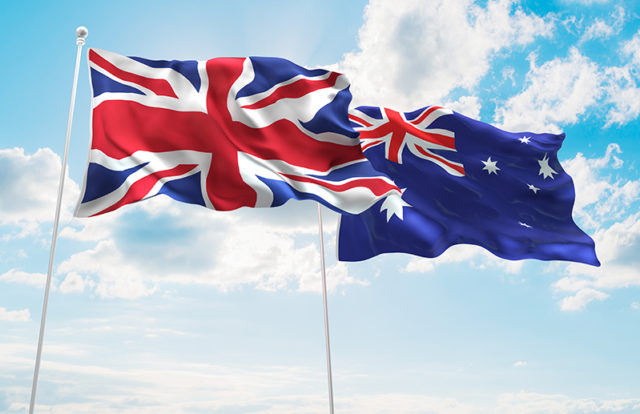 Australia and United Kingdom have pledged to intensify the fight against state-sponsored cyber attacks. The announcement was made by British Prime Minister Theresa and Australian Prime Minister Malcolm Turnbull after both the leaders released an agreement joint declaration by the 53 nations of the Commonwealth on the dangers to civilian and military networks.

“The rules-based international order must be upheld online, just as it is offline,” said their declaration issued after bilateral talks. “Australia and the United Kingdom are concerned by the increased willingness of states and their proxies to pursue their objectives by undertaking malicious cyber activities contrary to international law. We will develop a joint assessment identifying the most nefarious state and non-state actors affecting our shared cyber security,” the leaders said.

The written agreement commits both nations to a new era of practical cooperation. “Our responses will be proportionate to the circumstances of the incident and consistent with our support for the rules-based international order and our obligations under international law,” the statement read.

Among the cited examples were Russia’s use of the NotPetya malware attack on critical infrastructure and North Korea’s use of the WannaCry ransomware. The leaders also noted that “The internet is increasingly being used for malicious purposes by terrorists, child abusers and criminal syndicates,” the declaration said. “We reaffirm, as agreed at the 2017 G20, the rule of law applies equally online as it does offline.”

“Whether it is in chemical weapons, whether it is in the threat of terrorism, cyber security, you see so many challenges to the rule of law,” Turnbull later told reporters. “The maintenance of which is essential to not just our security, but our prosperity.”

Earlier, U,S, and UK also issued an “unprecedented joint alert” with regard to cyber attacks that may have infected millions of computers especially in the US, UK, and Australia that was perpetrated from Russia. “Specifically, these cyber exploits are directed at network infrastructure devices worldwide such as routers, switches, firewalls, and the Network Intrusion Detection System (NIDS).”

The alert issued by US-CERT stated that “DHS, FBI, and NCSC urge readers to act on past alerts and advisories issued by the U.S. and U.K. Governments, allied governments, network device manufacturers, and private-sector security organizations. Elements from these alerts and advisories have been selected and disseminated in a wide variety of security news outlets and social media platforms. The current state of U.S. network devices—coupled with a Russian government campaign to exploit these devices—threatens the safety, security, and economic well-being of the United States.”

This is not the first time Russia was linked to a state sponsored attack. The blame for NotPetya attacks still looms around the corner when Russian hackers initiated the recent attacks on infrastructure. According to Australian Defense Minister Marise Payne “The Australian Cyber Security Centre (…) believes that potentially 400 Australian companies were targeted, but don’t believe there has been any exploitation of significance.”