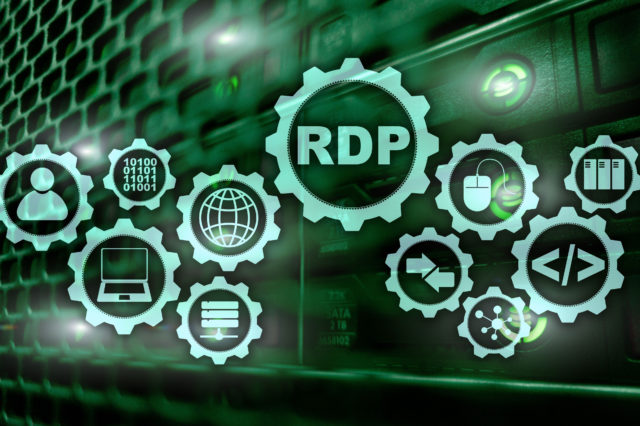 Remote Desktop Protocol (RDP) attacks are becoming a nightmare for CISOs, CIOs, CTOs, and network administrators. They are an attack vector to enterprise networks. The year 2020 saw the biggest increase in RDP attacks, targeting U.S. companies. According to Cyware, RDP brute force attack attempts increased from 200,000 a day in January 2020 to 1.4 million a day by April 2020. Kaspersky Labs revealed that RDP attacks grew a massive 242% reaching 3.3 billion in 2020 compared to 2019. Blame the increase in RDP attacks on the Coronavirus and escalating cybercrime. As employees moved workstations from their offices to their homes in a short span of time, there wasn’t much time to reconfigure home networks and endpoints to establish multi-level security that’s inherent in enterprise networks. Knowing this, hackers took advantage and attacked remote endpoints to get into enterprise networks. According to Avast, ransomware attacks via RDP are increasing and often targeted at small and medium businesses.

What RDP attacks occurred in the past?

LabCorp (Laboratory Corp. of America) was hit by ransomware through an RDP attack in 2018. The ransomware infected thousands of PCs and almost 2,000 servers of this major medical testing facility. According to the Wall Street Journal report, the company was hit with a strain of ransomware known as SamSam. The hackers demanded $6,000 in bitcoin for each machine or $52,500 to unlock all encrypted devices, according to the alert from the National Health Information Sharing and Analysis Center, which coordinates health-industry responses to cyberattacks.

And earlier in the year, the Hartsfield-Jackson Atlanta International Airport, regarded as the world’s busiest by passenger traffic, was also hit by an attack involving SamSam.

In 2018, the Internet Crime Complaint Center (IC3) along with the U.S. Department of Homeland Security released an alert stating, “Remote administration tools, such as Remote Desktop Protocol (RDP), as an attack vector has been on the rise since mid-late 2016 with the rise of dark markets selling RDP Access.”

How do RDP attacks happen?

Microsoft software is used in over 90% of the world’s computers, and naturally, these have been widely targeted by hackers. We saw that with Internet Explorer, the Windows Operating systems released over the years, Windows Server software – and these days with Microsoft 365.

Microsoft introduced the Remote Desktop Protocol in 1996. Every Windows system since Windows XP uses RDP for remote connection. As employees became mobile and worked from different locations, there was a need to access corporate servers and workstations from remote locations. Two technologies emerged: VPN and RDP. But RDP is the more popular choice among users as it is built into Windows and offers more control of the host. An RDP client running on the user’s laptop or desktop (client) communicates with the RDP component on the server (host). And the communication between the two is encrypted (see illustration).

Ever since RDP was introduced, cybercriminals have been trying to hack into machines via this protocol – effectively launching a Windows RDP attack. RDP attacks continue to impact organizations worldwide to this day. Today, hackers are using RDP attacks to deploy ransomware and to lock up systems, severely crippling businesses – as in the LabCorp incident. These types of RDP attacks are becoming more common since they are lucrative.

What is an RDP port?

A computer has hardware and software ports for communicating with other devices and services. Hardware ports are easier to understand as they are physical. Look at the sides of your laptop and you will see different hardware ports for connecting devices – USB ports, HDMI ports, the legacy VGA and Firewire (Apple);  Ethernet (network) port, display port, lightning connector (Apple), Thunderbolt (Apple), the power port, etc.

Software ports are logical channels to services on networks. For instance, websites are accessed through port 8080 (http), file transfer is port 20 or 21, and send email is port 25 (SMTP). These are defined by communication protocols that are followed by the industry – http, FTP, TCP/IP, and SMTP are protocols.

Here is an analogy. Cable TV offers hundreds of channels coming down to us on a single wire. But all these channels have separate communication paths in that wire. Those are like ports. Think of ports as communication channels.

There are thousands of services to access on networks – printing, FTP/file transfer, file sharing, remote access, etc. A port (and a unique port number) is designated for service.

You have ports for Remote Access as well, and often, these ports are unsecured and open for anyone to use. Hackers scan connected devices for open ports, and once they find these, they can access the endpoints. The endpoints are connected to the corporate network via TCP/IP and other protocols. So once the hacker gets into your connected endpoint (laptop, tablet, phone) – they can easily get into the corresponding network and deploy malware like ransomware.

The most common example of remote access today is your IT engineer logging into your laptop from a remote location to fix an issue. They would use remote connectivity software like AnyDesk or TeamViewer to do that. This is through RDP.

Another example is a traveling employee who may want to access some files stored on his office computer, which is thousands of miles away. The employee could use either VPN or RDP to do that.

How do you block an RDP attack?

Ports have default numbers. If you keep the RDP port to 3389 (default), then it is a security threat, since hackers know about this port. So, if you plan to open up RDP ports for Internet access, the first thing to do is change the default port number from 3389 to a number above 10000. Or, if you want to keep using port 3389, make sure the port is closed down after a remote access session.

Hackers use port scanning software to determine which ports are open on the targetted system. You can use this software to see all the open ports on your system — and close these ports. But the first thing to do is to change the default port number for RDP.

3. In the right-hand pane, double-click on PortNumber.

6. Close the registry editor and restart your computer.

Warning: Do not try this if you are unfamiliar with the Window Registry and registry editing. Get your system administrator to do this for you.

Check if port 3389 is open and listening

You may open port 3389 to connect to a computer remotely and may forget to close it after the session. Or another user may have done this on a shared device.

Here’s how you can check if the port is open and listening:

You can also check the port using the command prompt or CLI (command line interface), but we will not discuss this here, as it is beyond the scope of this article.

Alternately, use a port scanning or vulnerability scanning tool like CurrPorts (NirSoft) that will scan all ports and list which ones are open.

This can be done either through the command line or through a utility like CurrPorts (NirSoft). 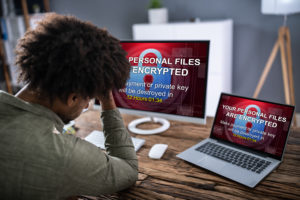 If a hacker comprises your system via an open RDP Port 3389, to deploy malware or ransomware, they could do the following:

Well, this might shake one up, if they did not already know this! So, what are you waiting for? Close your open RDP port now!

We also suggest a few more things to secure your systems:

Brian Pereira is the Editor-in-Chief of CISO MAG. He has been writing on business technology concepts for the past 26 years and has achieved basic certifications in cloud computing (IBM) and cybersecurity (EC-Council).