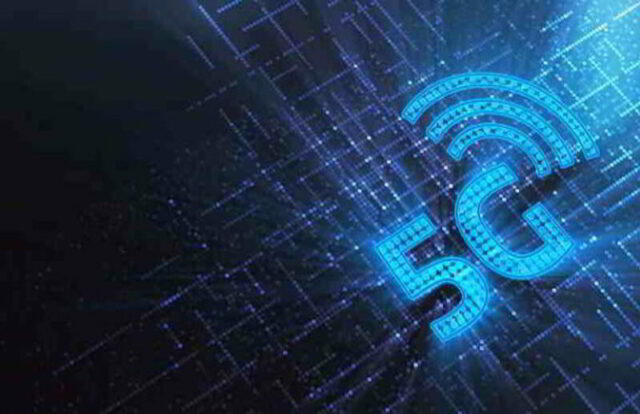 The wireless communication technology has stepped into the era of 5G, which is a label to an immensely fast and sophisticated data network. 5G has the potential to make the world much more connected due to its critical features like high speed, improved efficiency, better mobility support, high connection density, and capability to connect to many devices. Compared to its predecessor 4G LTE, which was not a viable option at remote places that lacked access to traditional broadband networks, 5G can be deployed as a viable option due to its higher speeds (up to 10 Gbps), lower latency (60 to 120 time faster than 4G), and increased capacity (30-300 GHz) features.

By Ankit Satsangi, Chief Technology Officer and Co-founder of AHAD

Many public and corporate organizations have adopted or intend to adopt 5G towards their network architecture, and furthermore, 5G will connect to more than seven trillion wireless devices and networks to shrink the average service creation time. With the help of 5G, emerging technologies such as cloud computing, Software Defined Networking (SDN), and Network Function Virtualization (NFV) are being implemented by organizations to meet the growing demands of users, as it helps provide a flexible network operation and management within the constraints of operational expenses[1]. Some of the advanced and beneficial features could be listed as:

The 5G technology thus helps connect different digital aspects and needs to provide society with high service availability while using a diverse set of technologies. However, just like any other digital technology where its rapid growth is accompanied by potential security issues, implementing 5G technology escalates the security focus to another level, demanding advanced safeguards.

Security in the cyber landscape has always been critical and on the agenda of organizations with a digital presence and invested in telecommunications. The advances in technology in environments such as virtualization, IoT, software-defined networking (SDN), network

function virtualization (NFV), edge computing, and Industry 4.0, when met with equally broad yet deteriorating cybersecurity, will have a significant impact on the security and functionality. Some of the 5G standards are flexible enough to allow an overlap of different types of physical and virtual elements between the radio access network (RAN) and core network. Separating the RAN and core network function in the telecommunication environment is sure to affect the performance but is also accompanied by related security impacts such as SDN, NFV, and edge computing-related issues.

In the information technology landscape, 5G security implications can result in decreased traffic visibility, where a lack of WAN solutions like Secure Access Service Edge (SASE) could result in some business traffic visibility. As the growth of 5G and its ability to connect to a large volume of the device is directly connected to the increased IoT usage, the latter’s security implications also affect the former. As IoT devices generally have had poor security, the vulnerability will supposedly expand to the organization’s security framework incorporated with IoT and corresponding 5G technology[2]. Hence, organizations need to deploy IoT security solutions to ensure that their devices are protected. Similarly, the limited 5G supply chains will also lead to security issues as new mobile technologies are more software dependent than traditional mobile networking, which increases the possible attack surface[3]. The telecom network is equally important when conceptualizing security, and 5G security involves understanding aspects like:

Organizations with critical infrastructure such as healthcare, energy, and transport tend to incorporate 5G network for faster and efficient operations. But these critical infrastructures will require more security to ensure safety. For, instance security breaches and interruption/shutdown of operations in the energy sector or a single power supply system can be catastrophic for dependent infrastructures. Similarly, there exists a risk of data compromise in the transport layer of the 5G network. Hence, mandating the need to investigate and highlight the important security challenges in 5G networks, and explore potential solutions to mitigate these threats and secure the 5G network[4]. Some of the basic challenges in the 5G network highlighted by Next Generation Mobile Networks (NGMN) could be listed as:

The 5G network, though having its own challenges, was originally designed with features to address threats faced by previous network generations. Some of the features that can strengthen the 5G network’s security postures and address existing security risks could be classified under infrastructure, standalone and non-standalone.

The 5G network technology is becoming more and more prevalent and usable for both general and business adoptions, but security implications also accompany it. Though the 5G network trends incorporate many security features that mitigate pre-existing threats in the 3GPP-based network, organizations need to adopt rigorous security measures. As organizations tend to implement 5G technology as a monitoring and control solution at remote locations, but their existing critical infrastructure possesses a high-risk factor. Thus, there is a need for solutions that securely deploy IoT and other devices on 5G networks tailored to specific industry needs. 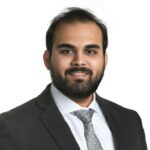 Ankit Satsangi is a global thought leader and cybersecurity advisor with more than nine years of experience in cyber resilience. He is currently the Chief Technology Officer and co-founder of AHAD info tech. Satsangi is a security professional with expertise across endpoint and network protection. His research interests involve but are not limited to, penetration testing, incident response, risk management, SOC automation, SOC orchestration, carbon black incidence response, vulnerability assessment, Data Leakage Prevention (DLP), and social media and email security.