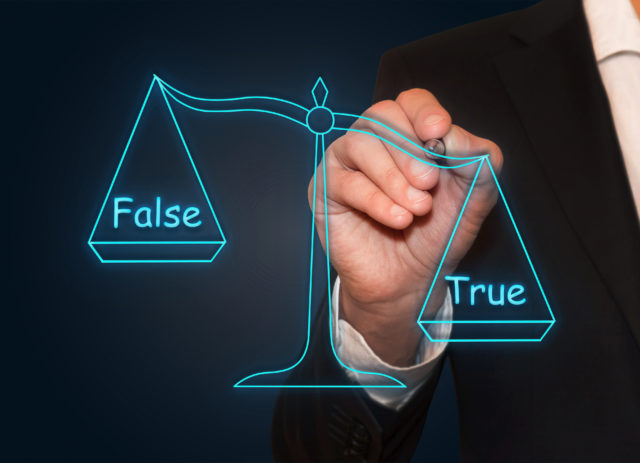 With the exponential increase in the social media footprint on the internet, anti-social elements are finding newer ways of spreading fake news by exploiting social media platforms, manipulating algorithms and search engines with malicious intentions. The latest example on social media reads: “Does 5G really spread Coronavirus and weaken our immune system?” Such misinformation and fake news spreads like wildfire with a cascaded effect and causes the ‘infodemic.‘ Misinformation about Coronavirus can be equally intimidating, whether it’s bogus cures or conspiracy theories. Apparently, fake news is more contagious than the pandemic itself! It creates panic and disturbs social tranquility. The economies and ill effects of fake news are beyond imagination.

By Naveen Jakhar and Vineet Malik, ITS Officers

Cybersecurity organization CHEQ and the University of Baltimore conducted a study which revealed that the epidemic of online fake news now costs the global economy $9 billion dollars, as far as public health misinformation is concerned. The fake messages and misinformation instigate violence and mob killings. The consequences of fake news are also visible in the COVID-19 lockdown months in India, as it triggered the mass gatherings and exodus of migrant laborers from Delhi and Mumbai. The Palghar lynching incident has shown how fake news leads to communal tension.

Various surveys have reported that there has been an increase of up to 83% in the use of social media amid the lockdown, and netizens are spending approximately 4 hours a day on social media apps like Facebook, Whatsapp, etc.

With fake news spreading with the pandemic itself, it becomes equally important to develop a mechanism that will help reduce the spread of fake news and identify the same at the earliest.

Existing Acts and Regulations in India for Curbing Fake News

The Central and State Governments have invoked the provisions of Section 54 of the Disaster Management Act 2005, and the provisions of Section 66 of the Information Technology (IT) Act 2000 as a measurable warning to tap fake news peddlers and curb false alarms. Legal action will be taken against the perpetrators for spreading false alarms and warnings amid COVID-19. Some of the perpetrators who have already spread fake news regarding migrant workers and other schemes of the Government of India or State Governments have ended up in custody. A majority of the cases have been registered under existing provisions of the Indian Penal Code 1860, and the Epidemic Diseases Act 1897, since India does not have a dedicated “Fake news” law.

The Press Information Bureau’s (PIB) Fact Check is available on key social media platforms like Twitter, Instagram, Facebook, etc., where Indian citizens get all the information and updates about fake news being spread in the country.

PIB’s Fact Check platform https://factcheck.pib.gov.in/ enables the citizens of the country to submit a message for fact check by following a certain mechanism, in which the user is required to enter an email ID, OTP and the description along with attached screenshots or PDFs or URLs/web links. PIB Fact Check is an initiative to counter misinformation related to government departments/ministries or schemes.

However, the information related to government schemes is limited, considering the billions of messages exchanged and shared on social media platforms on a daily basis. Thus, if a citizen encounters a forwarded message or shared post on any social media platform, and is unsure of its veracity, they either use Google search or review two or three websites to determine its authenticity, and whether to forward it or not. But this is an overhead and difficult task, when forwarding is so simple. Globally, Snopes, and in India, Social Media Hoax Slayer and AltNews are some forums which expose fake news.

Fact-checking involves investigating and discerning the validity of a claim or post or message. Countering fake news has been high on the Government of India’s agenda. The fact check ecosystem should be user friendly, easy to use, and help citizens to detect the credibility of the claim of any nature. Identifying fake news is tough. The so-called ‘facts’ are complex to decode and difficult to check, as the text can be half spoken truth, or half lie, as perceived by different persons. The best way to check this menace is by comparing it from authenticated sources or we may call that super dataset as credible database.

SACH in Hindi means truth. A team of young ITS Officers is actively working on designing an AI-powered Fact Check engine named as SACH– Samachar (NEWS) Analysis and Fact Checking mechanism. SACH will be a one stop solution that does the entire search for you. It takes a screenshot, image, link, text, WhatsApp forward as input and watermarks it with “FAKE” or “ORIGINAL” stamp after validating any claim. Here the user is asked to enter his claim for fact check, which triggers the SACH fact finding engine, and returns the result as Fake/Original/Not found.

How Does SACH System Work

SACH involves 3 steps as shown below:

Step 2: The repository called “Credible Databases” is created containing images and their corresponding texts, along with an ID tag and category.

Step 3: The input image is converted into text and matched with the database (repository), and using Natural Language Processing (NLP) techniques, gensim  or machine learning, SACH derives the percentage of similarity between the user input and the credible database repository. If the similarity percentage is beyond a threshold for fake, the image or screenshot shall be considered fake.

The SACH model uses a combination of “Bag-of-Words” or corpus that is used to create a credible repository. By using NLP, word -2-vec conversions, TF (Term Frequency), TF-IDF (Term Frequency Inverse Document Frequency), the input (from the user) is vectorized and compared with the corpus using cosine similarity. SACH compares an arbitrary input text against the verified and credible repository. SACH finds out whether the claimed text is related to the texts/images/articles already stored in the repository under the fake ID tag. If it is related, then it generates an output “FAKE” and watermarks it. The similarity percentage is based on semantics, and has been kept at 85% during the testing phase, which means if 85% of the text matches with a credible database, the news/claim/text/screenshot shall be considered as fake. The repository may contain only fake news, as creating a repository with authenticated news is complex and computationally challenging.

Evolving databases will be the key for advancing the project. The SACH platform may share the results with all the social media platforms. An alliance of WhatsApp, Twitter, Facebook and other social media apps needs to come on a common platform, where fake news is detected by the SACH system, and sent in order to take appropriate action without fail, and within prescribed timelines, for removing such posts or messages.

This mechanism will also enable all central government ministries, departments and organizations to moderate the mechanism and create a repository of its own. As they say in the AI world: “The better the machine learns, the better it responds.”

The evolving SACH mechanism’s accuracy and responsiveness is what the team is focused on. Our team feels a government website/dashboard, along with current PIB mechanisms may take this challenge head-on, with a lot of potential, as we are moving ahead towards tech driven Atmanirbhar Bharat. 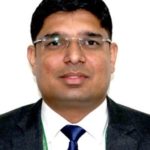 Naveen Jakhar is an Officer at Indian Telecommunication Service (ITS). He is currently working as ADG (Security) in Ministry of Communications, Govt. of India, and taking care of Communications Network Security of Haryana LSA, implementation and monitoring of DoT Policies. 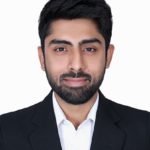 Vineet Malik is an Officer at Indian Telecommunication Service (ITS). He is Currently working as ADET (Data Services) in Ministry of communications, Govt. of India. Malik handles work related to ISP Licensing, fixed line broadband Networks.