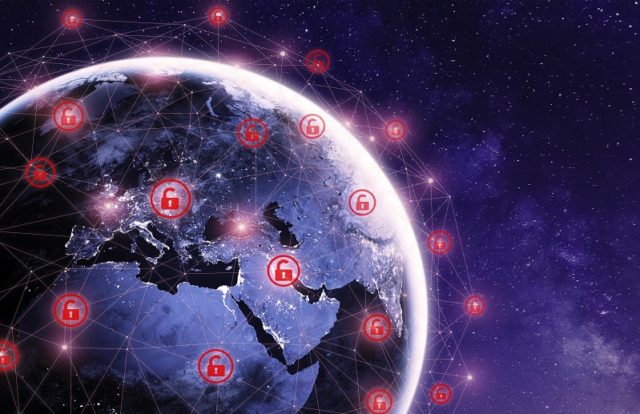 If there is a thing or two that we can learn from the year that went by, it is the fact that our data is never safe and can be compromised at any given point.  All sorts of cyber-attacks, be it data breaches, ransomware attacks, phishing campaigns, advanced attacks, and even state-backed hacking campaigns hogged limelight throughout the year in its entirety.

It is given that cyber threats are ever-evolving but before we start to analyze what will scare us the most in the future, it is important to hark back on the major security incidents that we already witnessed this year. This is a quick rundown.

Security researchers discovered an open Elasticsearch server that contained unique data records of around 1.2 billion users. According to security analysts Bob Diachenko and Vinny Troia, the server held more than 4 terabytes of data, without password protection or authentication.

“The data discovered on the open Elasticsearch server was almost a complete match to the data being returned by the People Data Labs API. The only difference being the data returned by the PDL also contained education histories. There was no education information in any of the data downloaded from the server. Everything else was the same, including accounts with multiple email addresses and multiple phone numbers,” the researchers said in a statement.

A security flaw in JustDial systems, an Indian-based local search services provider, left data of around 156 million of its users vulnerable. However, the company managed to patch the bug after a security researcher Ehraz Ahmed flagged the issue.

The researcher explained in a video that how a hacker could use any JustDial user’s phone number as username and gain access to the account by exploiting the bug. Ahmed also revealed the bug allowed hackers to change account details for JustDial’s payment option — JD Pay, allowing them to redirect all the money into their account.

JustDial clarified that no loss of data or money was reported. “We at JustDial take security seriously. There was a bug in one of our APIs which could potentially be accessed by an expert hacker. This bug has been fixed. We work with various security researchers to strengthen our platform and would like to thank Ehraz Ahmed for bringing this out to us,” JustDial said in a statement.

Capital One Financial Corporation, a bank holding company, disclosed a data breach in July which affected approximately 100 million individuals in the United States and nearly 6 million in Canada. The company stated that the attacker exploited a specific configuration vulnerability in its digital infrastructure and allegedly accessed the data.

The FBI charged a suspect, Paige A. Thompson, with computer fraud and abuse. Thompson, who went by the hacker name ‘erratic’, allegedly exploited a misconfigured firewall to access the Capital One cloud repository and exfiltrate the data in March 2019.

Canva, an Australian online design tool, revealed that hackers breached its network systems and stole data of nearly 140 million users in May 2019. The company stated that the usernames and email addresses of customers were accessed in the incident.

According to Canva, encrypted personal data like usernames and passwords were accessed by hackers. And, no credit card details or designs were exposed/accessed in the attack.

DoorDash, a San Francisco-based food-delivery service provider, faced a massive data breach that affected data of around 4.9 million people (its customers, delivery workers, and merchants), who were using its service platform.

Almost everyone in Ecuador became a victim of a massive data breach that exposed the personal information of over 20 million individuals. This included the country’s president and WikiLeaks founder Julian Assange, who was granted asylum by Ecuador in 2012.

The Facebook-owned photo-sharing application Instagram had discovered that an unsecured server containing personal information of millions of Instagram influencers, celebrities, and brand accounts have been found online.

According to the security researcher Anurag Sen, who discovered the leak and notified TechCrunch, the database had over 49 million records exposed online, allowing anyone to access the data. The exposed data included users’ biodata, profile picture, the number of followers they have, their location by city and country, and contact information like the Instagram account owner’s email address and phone number.

The researcher stated the leaky database belonged to a social media marketing firm Chtrbox, which was based in Indian city, Mumbai. The database was taken offline and an investigation was led toward the incident, Chtrbox stated.

With these examples, it is well-established that our data has never secure. There’s nothing consumers and companies can do except practice preventive security measures and adopt policies that better protect the data.