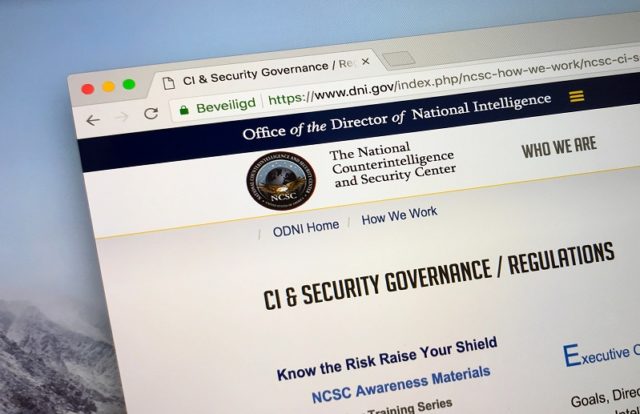 The National Counterintelligence and Security Center (NCSC) recently launched a campaign to help businesses in the United States defend against evolving cyber threats from foreign entities. The Office of the Director of National Intelligence (ODNI) stated that the NCSC is sending its material dubbed “Know the Risk, Raise Your Shield,” that includes videos, posters, brochures, and flyers, to the private companies around the country to help them avert cyber-attacks.

The ODNI statement also mentioned the recent indictments of foreign nation-state hacks by the United States, including the ones of China’s Ministry of State Security, the U.S.-China trade dispute, a North Korean-backed hacker for his role in the Global WannaCry 2.0 ransomware in September 2018, among others.

“To enhance private sector awareness, we’re arming U.S. companies with the information they need to better understand and defend against these threats,” Evanina added.

The concerns about cyber-attacks from foreign hackers have been raised since Russian hackers interfered in the U.S. 2016 presidential election. In October 2018, the Microsoft Corporation stated that hackers linked to Russian military intelligence tried to hack the websites of two conservative think-tanks in the United States ahead of the November midterm elections.

Also, the content of voter databases of around 35 million US citizens is being peddled on a hacking forum. According to a report from threat intelligence firms Anomali and Intel 471, cybercriminals have obtained unauthorized access to the U.S. voter registration databases and put them for sale in dark web forums.