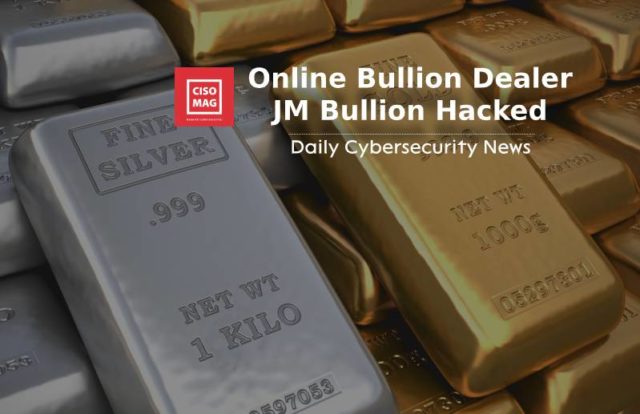 Online bullion dealer JM Bullion, who trades precious metals including gold, silver, copper, platinum, and palladium, has reported a hacking incident, which compromised and leaked the PII and credit card details of its customers. JM Bullion and its subsidiary, Provident Metals, both sent a “Notice of Data Security Incident” to all its affected customers, which stated that the timeline of the attack began on February 18, 2020; however, the malicious activity was discovered in July 2020.

According to the notice (as seen in the image below), the IT department of JM Bullion first became suspicious on July 6, when they observed some malicious activity on the website.

It further stated that,

“JM Bullion immediately began an investigation, with the assistance of a third-party forensic specialist, to assess the nature and scope of the incident. Through an investigation, it was determined that malicious code was present on the website from February 18, 2020 to July 17, 2020, which had the ability to capture customer information entered into the website in limited scenarios while making a purchase.”

JM Bullion has notified the required law enforcement departments and reviewed their internal procedures and safeguards to help protect against such incidents in the future. Additionally, the company suggested the following protection measures against identity theft and fraud:

Under Attack! 2000 Magento Stores Hacked in a Magecart Campaign