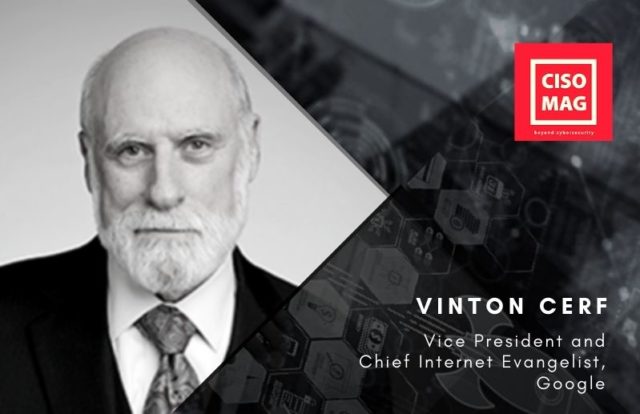 Delivering the keynote in the Future Stream at CYBERSEC Global Forum 2020 last week, Vinton Cerf, Vice President and Chief Internet Evangelist, Google, said the Internet impacts many lives and offers several opportunities. It has evolved rapidly and kept up with change. But there is also a dark side to the Internet. He mentioned common threats and spoke about the Internet being misused for cross-border warfare. To curb this, a government can take extreme steps like surveillance, censorship or blocking websites. He called for a balanced response towards protecting citizens from harm through the Internet. 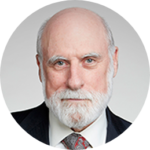 Cerf, popularly known as one of the “Fathers of the Internet,” contributes to global policy development and the continued spread of the Internet. He is the co-designer of the TCP/IP protocols and the architecture of the Internet. Cerf has served in executive positions at MCI, the Corporation for National Research Initiatives and the Defense Advanced Research Projects Agency and on the faculty of Stanford University. He served as chairman of the board of the Internet Corporation for Assigned Names and Numbers (ICANN) from 2000-2007 and has been a Visiting Scientist at the Jet Propulsion Laboratory since 1998. Cerf was also the founding president of the Internet Society (ISOC) from 1992-1995.

It is important for us to remember that the Internet has become a … part of many lives, and it is vital that we keep it open. A place where information can be shared, discovered, and where information can be generated. We are in a situation now, in some parts of the world, where that openness is under some threat. Governments must take a balanced response to the harms affecting its citizens.

One thing for sure is that the Internet has shown a remarkable ability to adapt and evolve to the changing situation of our world — as we depend increasingly on digital technology, the internet has managed to keep up.

But I am sorry to say that this platform, which is so enabling, also enables some fairly bad behaviors. We see misinformation and disinformation, the spread of malware, denial of service attacks, hacking, fraud, bullying, social divisiveness — there are a variety of bad things that happen in the online environment because it is such a powerful tool. And people are going to use those tools to do harm.

Most governments are concerned about the safety and security of their citizens, and they see this abusive behavior and they feel like they need to respond to it because their citizens are harmed. To make matters worse, harm can come across the country borders. The Internet is insensitive to the boundaries of countries.

An attacker could be in one country and the victim could be in another country. So, we must think how we are going to cooperate across those international boundaries in order to protect our citizens from harm. That’s going to require serious cooperation across international boundaries in order to come up with common norms and practices that will help countries protect their citizens.

I think we need to achieve a balanced response to these harms.

It is possible to go to an extreme and to try to protect people by suppressing the information, by censoring information, by limiting access to various websites. While that makes sense for certain conditions, it certainly should not make sense for every condition.

It is very important to keep the Internet open to allow people to explore its content and to generate/share content they believe is important to other people.

It seems to me that what we seek is attention between protecting people’s safety — using surveillance and other kinds of techniques and protecting their privacy.

In theory, these should not have to conflict. Protecting privacy is important but there are some people who will argue that protection of privacy leads to harm — because some people whose privacy is protected will seek to do harm in a way that is private.

So, we have to find some middle ground where it is possible to give strong protections to people’s privacy while at the same time, figuring out how law enforcement, especially across international boundaries, can be affected while preserving the important freedoms that we find enshrined in the universal declaration of human rights.