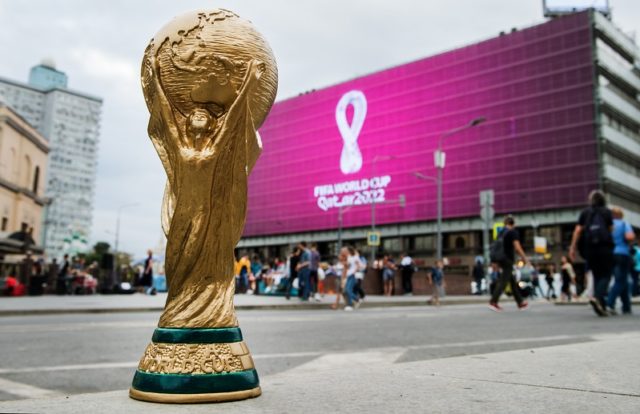 If there is a thing or two that can be learnt from the previous editions of all major sports tournaments, it is the fact that literally all the beloved tournaments will be the hot favorites for hackers. Nearly eight million people visited Russia for the 2018 World Cup, and much ahead of the inauguration of the tournament, the event witnessed a slew of cyberattacks targeted at the federal bodies, fans, and even soldiers sitting and watching the game from another part of the globe. Even Russian President Vladimir Putin declared that during the World Cup period the nation was a target for almost 25 million cyberattacks. With such limelight on the previous edition of the World Cup, the stakes for the upcoming FIFA World Cup 2022 are raised and it is imperative for Qatar to ensure the safety of its infrastructure as well as the Football World Cup.

How prepared is Qatar?

According to IDG Connect, the Arab nation has been heavily investing in digitization and is keen on positioning itself as a provider of a modern competition with its reputation at stake. “Both Qatar and FIFA are already up against it from a perception point of view and any sort of data breach that affects fans in the build-up or during the event could be catastrophic for the reputation of both parties,” Geoff Anderson, CEO of mobile security firm PixelPin told IDG Connect.

The Supreme Committee for Delivery & Legacy of Qatar also hosted global cybersecurity experts along with collaboration with Interpol’s Stadia–a special initiative to ensure the cybersecurity of sporting events, especially the 2022 World Cup–last year to understand the threats in the space and to be prepared against the attacks. The meeting also stressed on several vectors including IoT, industrial control systems, cybersecurity capabilities of the nation and the football federation, cybersecurity risk management as well as cybersecurity operations for venues.

According to Homeland Preparedness News, “Through Project Stadia, Interpol has created a ready network of specialists around the world to shape future efforts for securing major public events. Better understanding of the global threat environment and its implications is vital for nations hosting future major events.” Falah Al Dosari, the senior project manager of Project Stadia, said.

Support from other nations

In October, last year, Angelo Tofalo, Italian Undersecretary of the Minister of Defense also stated that Italy can provide Qatar with a full range of cyber and defense capabilities as well as expertise by leading Italian cybersecurity companies. According to Peninsula Qatar, Tofalo who opened the workshop on Italian Cyberprotection of the Defense Sector and of Critical Infrastructures during Qitcom 2019 suggested that Italy can help Qatar protect its infrastructures, including its transportation infrastructures, military boats, and borders. Italian businesses can also help provide security solutions for the stadiums which will be used for the upcoming FIFA World Cup 2022. “We have good relationship in defense with Qatar. We want to exchange experience and train together also in cybersecurity. We can offer greater assistance to Qatar in this field,” said Tofalo.

Apart from this, Qatar has been working parallelly with the U.K and has been exploring opportunities in co-operating cybersecurity efforts. Qatar and Singapore have also been working on enhancing their bilateral relations while focusing on expanding cooperation in the fields of security, fintech, and even cybersecurity.

The World Cup is still two years away. With several projects already being undertaken toward bettering the cybersecurity of the event and nations across the globe pledging to extend their support to Qatar, we can hope the Arab nation will be prepared for the worst that could emerge from the digital world.