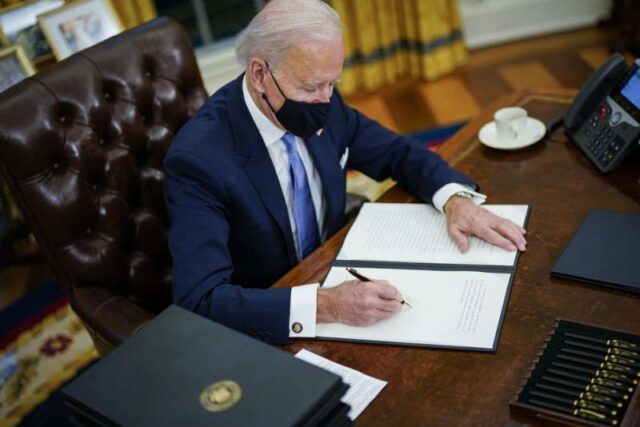 The U.S. has been under cyberattacks for over a year now. It started with a persistent SolarWinds attack, which was discovered in December 2020 and was followed by the Accellion and Microsoft Exchange Servers hack. However, the last straw in this series of sweeping attacks is the unfortunate DarkSide ransomware attack on the Colonial Pipeline. The compromise of the Colonial pipeline’s systems crippled 5,500 miles long fuel supply lines that virtually dried the fuel supply across the East Coast. This prompted a stronger response from the Biden administration, which seems to have come in the form of the latest Executive Order (EO) signed by the POTUS for cybersecurity.

Joe Biden had already taken up the cybersecurity issue seriously as he took over the POTUS’ chair in Washington, D.C. On the recommendation of his intelligence unit and in collaboration with the Department of Energy (DOE) and CISA, Biden had recently revealed a 100 – days plan to enhance the electric grid security as the power sector was already seeing a notable spike in the cyberattacks. In response to this rising number, he decided that it was time for a change in the national cybersecurity protocols.

The executive order of Biden is specifically aimed at improving the current state of the nation’s cybersecurity whose loopholes were exploited by the threat actors over the recent past. It includes the following:

This executive order is a reminder of the troubles that the U.S. is facing on the cyber front, but more than that, it is a ray of hope that the Biden administration is addressing the elephant in the room. Could this be a turning stone for a better and cyber safe tomorrow? Only time will tell.