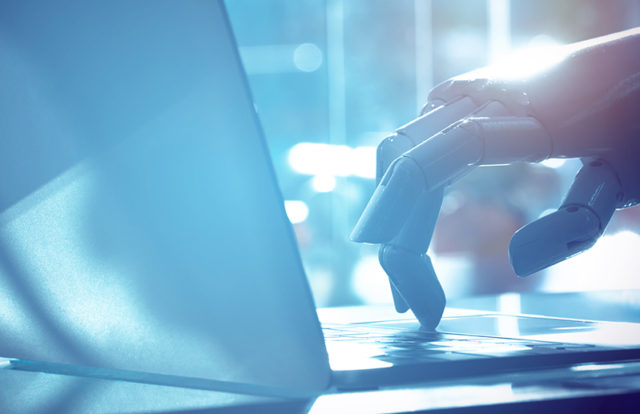 The cloud. Big data. BYOD. In this era where human-scale has given way to machine-scale, today’s cybersecurity challenges require a substantial change in the way incidents are identified and resolved. These new technologies, such as cloud computing, the Internet of Things, and artificial intelligence, are delivering digital transformation on a previously-unknown scale for both attackers and defenders.

Even though defending the cybersecurity landscape now exceeds human capacity, the question should not be how to replace humans. Instead, efforts should focus on how to compensate for human error and resource limitations within security strategies and how to augment human defenders. In other words, how can chief information security officers (CISOs) leverage new, advanced technologies to successfully grapple with the scale and complexity of today’s evolving threat landscape?

The machine-scale of cyber threats

Today’s increasingly vulnerable and expanding attack surface is attracting all types of malicious actors, regardless of whether they are motivated by pride, money or ideology. Recent major attacks such as the Mirai botnet Distributed Denial of Service (DDoS) and WannaCry ransomware are a clear demonstration of the scope and breadth of cyber threat actors. Furthermore, 2.6 billion records were compromised worldwide in 2017, an 87 percent increase over 2016, which translates to 7.1 million records that are stolen or lost per day.

of cheaper, easier access to technology with the democratization of the tools and knowledge required to execute these sorts of operations. You no longer have to be a stereotypical kid in a basement or a nation-state to be a hacker. Malware-as-a service, in all of its guises, is readily available on the Dark Web and sold on a commission basis. Anyone who wants to make a fast buck and knows how to get on the Dark Web can become a hacker. The goal posts have changed forever.

But malicious actors aren’t the only cause of machine-scale threats. Whether an innocent mistake, sheer carelessness, or malintent, the complexity and scale of today’s digitized platforms poses a serious challenge to traditional models of security that still heavily rely on human analysts. In many instances, it’s outstripping them completely.

There are a number of factors contributing to this increased complexity of enterprise cybersecurity and why securing it now exceeds human cognition:

Integrating machine-scale with human touch to fight back

So, what is the path forward – blockchain, deep learning, artificial intelligence, machine learning, neural nets? Buzzword bingo is a game that we are all tired of playing. If we cut through the noise, we can all agree that these machine-scale problems require machine-scale solutions, like machine learning. But the conversation needs to be about how to apply these technologies in the right way, to augment the analyst, not replace them. The use of integrated machine learning can have a pertinent and powerful impact on its application in cybersecurity.

To use ML, or more broadly, AI effectively, the cybersecurity paradigm needs to shift from finding low-level patterns in siloed data and then aggregating the output, to aggregating data from across the network and then looking for the patterns in that cross-network data that really matter. Using these tools within an integrated approach will optimize the use of these new technologies, ensuring that the data used to determine cybersecurity incident trends and patterns are relevant, informative and accurate. The promise of AI is to help organizations to automate the time-consuming process of analyzing the data to understand a threat and to augment their human analysts, who then must add context and determine how to respond.

It is important to have an understanding of the three stages of change management in evolving from human-scale to machine-scale in cybersecurity defense. These are:

The challenge of mitigation of cybersecurity threats is real and advancing, but the tools at our disposal, such as artificial intelligence and machine learning, are also advancing. To successfully leverage new, advanced technologies to combat today’s ever-evolving threat landscape, human-machine interaction is what we need to work towards. Building integrated AI platforms that empower human cybersecurity analysts is the new wave of change that the industry needs to make it effective against a formidable and ever-changing foe.