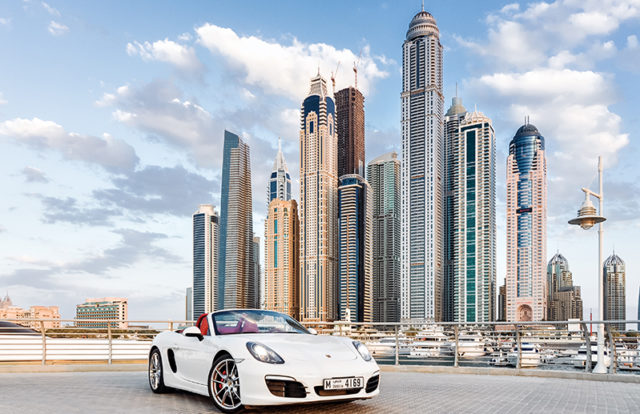 Ahead of the smart transport project of Dubai by 2030, where 25 percent of the passenger trips will migrate to driverless vehicles, the government of Dubai is now mulling on sprucing cybersecurity of smart and driverless vehicles. The initiative comes in the light of several driverless cars causing fatal accidents to pedestrians around the world. “Cybersecurity is paramount in shaping the future of autonomous vehicles,” Amer Sharaf, director of compliance support and alliances at the Dubai Electronic Security Center told The National. “Any oversight may result in compromising the safety of passengers. The futuristic vision of driverless cars can be realised only with a high level of cybersecurity.”

The smart project of 2030 is touted to be the emirate’s strategy to become the smartest city in the world and achieve a sustainable economy in the UAE. The project is a joint venture between the Roads and Transport Authority and Dubai Future Foundation. A trial run of an autonomous vehicle on a pre-programmed route was also held. The government has entered a partnership with Chinese startup EHang to bring a closed-top passenger drone, as well as with Uber to testing flying cars in its skies. Mid last year, the emirate showcased the first public test of its drone taxi service.

“Cybersecurity is the biggest concern for companies evaluating risk in the nascent self-driving vehicle industry, according to a survey by the world’s second-biggest reinsurer Munich Re. Car makers are developing self-driving technology to reduce deaths on the highway but it could be a bumpy road to get there: they have to find ways to prevent vehicles from being accessed remotely by hackers. This becomes more difficult as the cars will have higher levels of connectivity than those currently on the road. Given the Middle East’s focus on smart cities and its vulnerability as one of the most prone regions to cyber threats, it needs to take a closer look on how to address these risks,” Sharaf said. “Dubai, which is currently working on what it dubs the Cyber Security Standard with the Roads and Transport Authority and other government entities, is studying steps to mitigate cyber risks in autonomous mobility. The first stage was an “extensive” survey of threats to the security of the vehicle’s communications system, software, hardware and supply chain.”