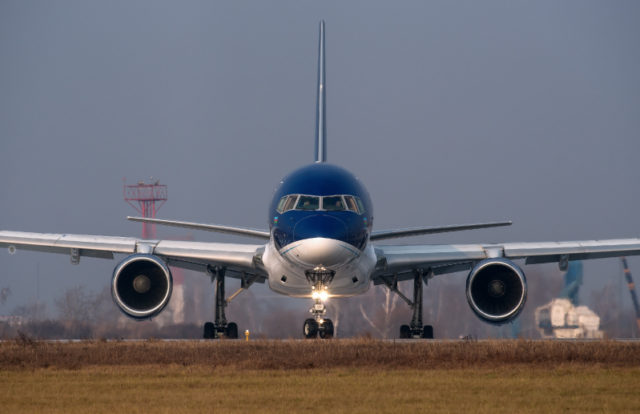 Addressing the huge contingent gathered at the 2017 CyberSat Summit, Robert Hickey, the aviation program manager within the Cyber Security Division of the DHS Science and Technology (S&T) Directorate, revealed that DHS once successfully took controls of Boeing 757 airplane, while the passenger jet sat on the runway at Atlantic City airport, New Jersey.

He revealed the chilling details about the hack that was conducted last year while giving his keynote address at the summit. “We got the airplane on Sept. 19, 2016. Two days later, I was successful in accomplishing a remote, non-cooperative, penetration,” said Robert Hickey, aviation program manager within the Cyber Security Division of the DHS Science and Technology (S&T) Directorate. “[Which] means I didn’t have anybody touching the airplane, I didn’t have an insider threat. I stood off using typical stuff that could get through security and we were able to establish a presence on the systems of the aircraft.”

While the details of the hack are still kept under the wraps, Hickey revealed his team of DHS cyber sleuths achieved the feat by accessing the radio frequency communications of the plane. According to him the initial response from experts was, “’We’ve known that for years,’” and, “It’s not a big deal,” Hickey said.

Apparently, in March, earlier this year, “at a technical exchange meeting, he said seven airline pilot captains from American Airlines and Delta Air Lines in the room had no clue,” Hickey was quoted by Avionics.

“All seven of them broke their jaw hitting the table when they said, ‘You guys have known about this for years and haven’t bothered to let us know because we depend on this stuff to be absolutely the bible,’” Hickey said. “I want to suggest to you that there’s a different type of critical infrastructure, and that’s critical infrastructure that’s in motion, of which aviation is one of the third of that,” Hickey said. According to him, the other vectors were surface and maritime transportation. “And I look at all of those and say, ‘If we’re not looking at those from a different perspective, we’re going to miss the boat,’ no pun intended.”