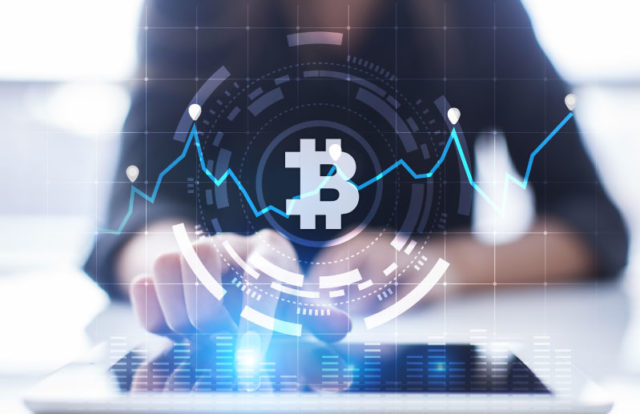 The holiday plans seem to have gone awry for the popular cryptocurrency exchange EtherDelta, as it announced the possibility of its DNS server being hacked on the Wednesday of December 20, 2017. Listed amongst the top trading platforms of the world, the decentralized exchange could do little than warn people by making announcements on social media.

Its tweet declaring the likelihood of the attack and prohibition to use the website, sent a wave of fret to its customers, once again raising eyebrows on the rising instances of compromises on cryptocurrency and exchange platforms. 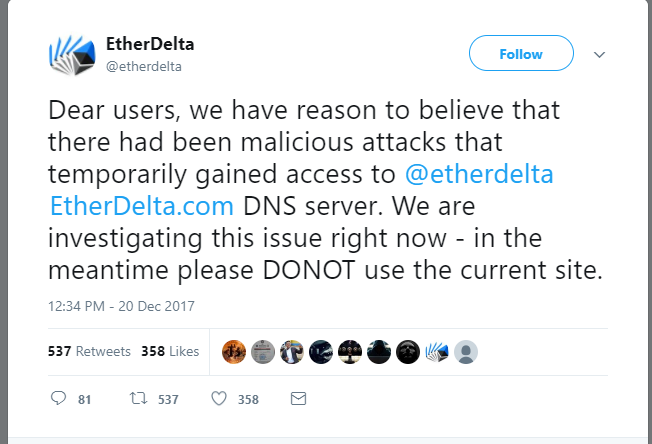 Although, an intelligent move to keep the customers informed and adopt safety measures, EtherDelta could only make a comeback two days later. As a damage control move, the company quickly floated out a maneuver for their customers to help them distinguish any future phishing attempts. 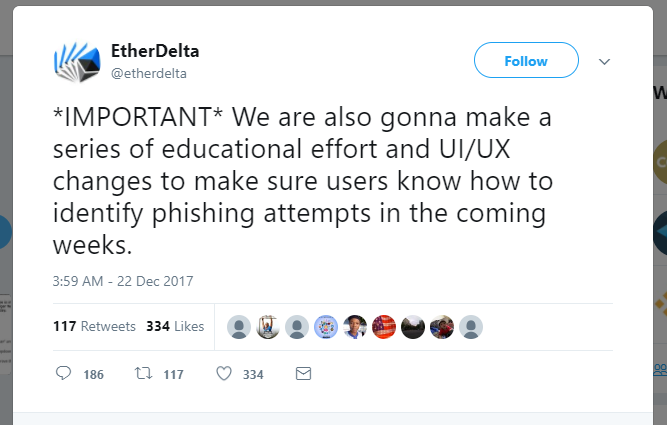 Reports suggested that the hackers whisked away with around 308ETH tokens, amounting to nearly $270,000 by asking the customers to redirect to a phony scam site.

However, it has brought to question the vulnerability of cryptocurrencies and how it has been subjected to frequent cyber-larcenies. Recently, YouBit, a South Korean cryptocurrency exchange called quits on December 20, 2017, after being targeted by cyber-attacks in a gap of less than eight months. YouBit had lost 4,000 bitcoins during a breach in April.