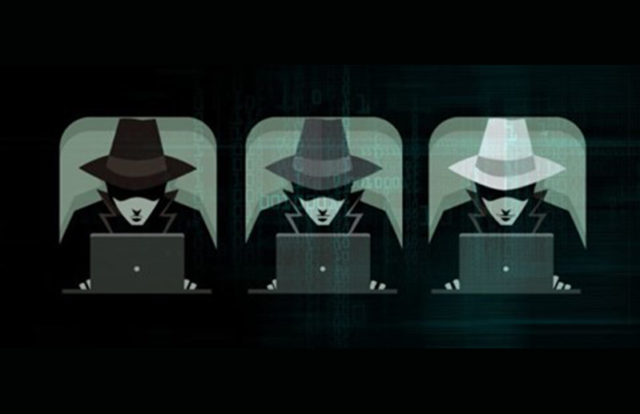 Hacking is often perceived as an illegal or malicious cyber activity performed by cyberterrorists. But it may not always be the case.

Hacking can be lawful or unlawful.

Hacking is generally considered an unlawful or illegal activity. It attempts to exploit a computer or network to steal data, corrupt files, breach security or compromise data integrity.

But hacking can also be done with good intentions to find security flaws in applications, networks, or systems. And this is a legitimate or lawful intrusion.

The lawful/legitimate intrusion to acquire access to a system, application, or network for this purpose is defined as Ethical Hacking. The goal is to find potential vulnerabilities or cyber threats. Many organizations or companies hire ethical hackers to secure their networks from potential threats and breaches by malicious hackers. Cybersecurity professionals can opt for a Certified Ethical Hacker (CEH) career to gain the skills required in modern malware analysis.

So how did the words “hacker” and “hacking” come into existence? Interestingly, a hacker is someone who studies systems with a curiosity to find out how they work – perhaps with the intention of making improvements or just to manipulate the system for fun. In the 1980s, hackers studied how phone networks and analog modems worked – and manipulated these networks just to have fun and to make free phone calls from a phone booth! Over the years, the words “hacker” and “hacking” got a negative connotation by the media. So, remember, a hacker is not necessarily a bad person.

Types of Hackers Around the Globe

People interested in the cybersecurity domain need to know of the three significant hats – white, black, and grey – to understand the types of ethical hackers.

Who is a Black Hat Hacker? They are experienced hackers who break into a system without authorization. They exploit a system’s security with malicious intent or for financial gains. Black hat hackers usually work with threat groups or organized crime groups.

They are also known as crackers. Besides, they may also infect the system with malware to steal personal data, credit card information, corrupt files, and disrupt the security network.

Who is a White Hat Hacker? In comparison to black hats, White Hat Hackers are considered good Samaritans who work for enterprises to improve network and system security. They may also aid law enforcement authorities in investigations for cybercrimes. Also known as ethical hackers, they have the skill set needed to test security systems for potential risks before malicious hackers do.

Black hat hacker vs. white hat hacker – Understanding the difference. The difference lies in their intent and objectives. Black hats plant malware to intrude on a system or network with malicious intent. They manipulate users through various hacking techniques to steal data or launch spyware attacks. On the other hand, a white hacker knows how to use the ethical hacking tools required for modern malware detection.

Ethical hackers secure a company’s information and security networks and hunt for backdoors legally. They identify and report the weak links or possible threats in the security system to prevent cyber threats.

Who is a Grey Hat Hacker? A grey hat hacker performs similar actions as both white hats and black hats. They look for threats and weaknesses in security networks but often without malicious intent. They sometimes need to work incognito and break the law to gain unauthorized access to systems to aid in the investigation – but never with malicious intentions. So, they may sometimes need to wear their “black” hats. Hence the term “grey hat” hacker.

Like white hat hackers, grey hat hackers detect weak links and notify the organization or administrator of potential vulnerabilities in the system in exchange for a small fee.

They also hack into systems to report any flaws or vulnerabilities to law enforcement or intelligence organizations. So, grey hats fall somewhere between white hats and black hats.

Apart from these, several other ethical hacker types like the red hat hackers hunt for black hats to lower the risks of threats. Blue hat hackers have two definitions in cybersecurity; one is that of malicious hackers who launch revenge attacks. The second one defines blue hat hackers as security experts invited by organizations to test new systems and applications and fix weak links.  Heard of the Purple Hat hacker? Yes, they exist! Purple hats test their hacking skills by hacking their own computers.

But all these types of hackers use specialized hacking tools.

Hackers often use several techniques to achieve their purpose. In order to understand the risks and think like the black hats, ethical hackers must be aware of the popular tools and techniques they use. Some of the common hacking tools include:

A rootkit is software that allows cybercriminals to gain access to your computer, and you may not even know it. Hackers gain remote access by either stealing your passwords or infecting your system through phishing attacks. The original purpose of rootkits was to detect and rectify software flaws. However, hackers use this software or application for stealing important data by gaining unauthorized access to an operating system. Rootkits work at the operating system level and can access most of your computer’s functions and take complete control.

For instance, if a rootkit is planted on your smartphone, hackers can remotely switch on your phone camera or voice recorder and then upload the video/voice recording to their server. And you wouldn’t even realize that your conversations are being recorded!

Keyloggers are malware or spyware that monitors or records the sensitive information you type on your keyboard. While most of us may think that entering information on the keyboard is safe from hackers, a keylogger attack can prove otherwise. It considers or records every keystroke. The recorded log file is subsequently saved, containing information such as usernames, website visit details, screenshots, passwords, phone numbers, OTPs, login details, credit card numbers, opened programs, and everything you type on the keyboard.

This tool also tries to identify operational characteristics such as the operating system and software installed on each asset.

A vulnerability scanner categorizes and detects numerous system flaws in networks, computers, and communication systems, among other things.

The Structured Query Language is a query language that exploits and extracts information from a database with the help of SQL commands.

This type of attack uses a website interface to hack users, passwords, and other sensitive information.

SQL injection attacks are common in poorly designed applications and websites. Since they contain vulnerable user-input fields (such as search and login pages, product and support request forms, comments area, and so on) that hackers can easily hack by changing the scripts.

SQL injection attack is a severe threat and one of the major attack vectors that hackers use.  It can easily infect or exploit any website that uses a SQL-based database.

DDoS is a disruptive cyberattack that floods the network by distorting normal traffic entering a server. It inflicts intended traffic congestion to the server and is a dangerous attempt to overwhelm the network. Computers, IoT (Internet of Things) devices, mobile phones, and other devices that are easily connected to the network are vulnerable to DDoS. In fact, hacked devices can be manipulated to take part in the DDoS attack (as bots) without the owners’ knowledge.

Ethical hacking training is beneficial for aspiring cybersecurity and IT students or professionals. It is one of the most in-demand cybersecurity skills in 2021. Getting trained in the Certified Ethical Hacker program can help aspirants understand the types of ethical hacking phases and attack vectors. Aspirants must understand the types of ethical hackers, the difference between white hats and black hats, the responsibilities of an ethical hacker, the tools and methods used by hackers to begin their career in this field. The need for a white hat hacker or ethical hacker to secure a company’s cybersecurity defenses is critical amidst rising cybercrime. There is a significant demand for ethical hackers at present, as without their contribution, fighting cybercrime can be challenging.

Hacking can be an authorized or unauthorized attempt to penetrate systems and networks and detect vulnerabilities in the infrastructure.