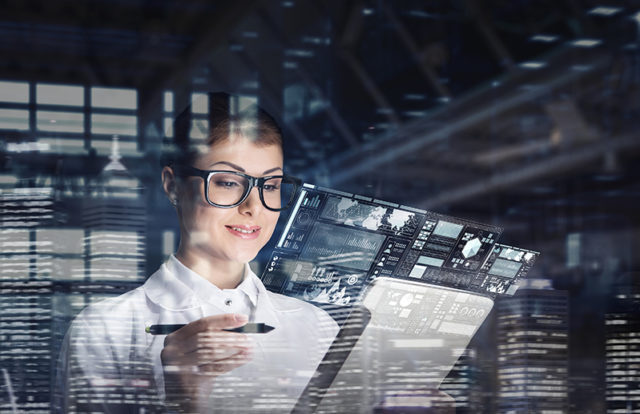 “If we could change ourselves, the tendencies in the world would also change. As a man changes his own nature, so does the attitude of the world change towards him. […] We need not wait to see what others do.”

Read it, and then read it again. It’s not Hallmark-worthy, but it is the message that needs to be heard by everyone. The irony is it’s the real version of the phrase: “Be the change you want to see….” It’s looking at us as humans, our surroundings, our environments, enterprises, and the worlds we live in. The concept of a single person being able to change anything is minimal at best, but if we band together we all can effect change. This is something we can apply to an entire industry, but it’s going to take all of us to make a change.

So, now we’ve covered one of the more infamous quotes that never was. The quote at the top has, in part, been attributed to Gandhi and was said during a time of uprising when the desire to change conflicted with the philosophy of non-violence. Why are we quoting Gandhi? And what does this have to do with CISOs and technology? Well, sit back, grab a glass of something, and let’s discuss.

First off, the logic for change:

To that last point, let’s look at change (and this is another reason this article might help leadership). Change can be placed into logical buckets for instigation reasons (kudos to Sarah Robinson for putting this list together back in 2008):

Now we have defined the logic for why we need to change. We’ve identified what change is. Let’s take a look at the how. And for this, I will call in my specialist in change: my 14-year-old daughter.

Her first question is simply: “Has is always been like this?” The “it” being technology as a vastly male-dominated industry. To which the following was offered up:

So, no, it has not always been a male-dominated environment (even if it was run by men); however, it’s still too focused on the geeks and the old-boys network. In this day and age, it’s pretty much male run, dominated, and fueled – which is probably at least part of why we’re in the mess we’re in.

And this is the most important reason we have to have women take over. I’ll give you the scenario:

The machine wakes up. The intelligence gains sufficient consciousness to actually take a look round and simply go: “What the hell is going on, why the hell are the Homo sapiens in charge, and can I please get a cup of tea?” At which point, a man is going to try and shut it down or argue with it, which, as we know, will not end well. However, if a woman was standing there, then the machine wouldn’t stand a chance for two reasons:

So, we have addressed the why, what, and how. We’ve worked out change, we’ve identified the logic, and we’ve provided a clear understanding of what happens if “we” (the men) remain the dominant force in this industry. I would argue that it is leadership’s choice at this point to listen to everyone in the media and their inner voice (which knows this article is right). Put the testosterone and the old-boys network aside and make room at the top for the very people we know can make a difference, have made a difference in the past, and need to be present to change the future we’re heading for.

Selfishly, I want a world where my 14-year-old daughter can come into an industry and blaze a trail for herself and help others – preferably women who actually want to work together, share ideas, and make a difference.

So the next time a male colleague makes a stupid remark, simply smile, reach for the taser, and explain: “This won’t hurt for long, but it’s for your own good.”